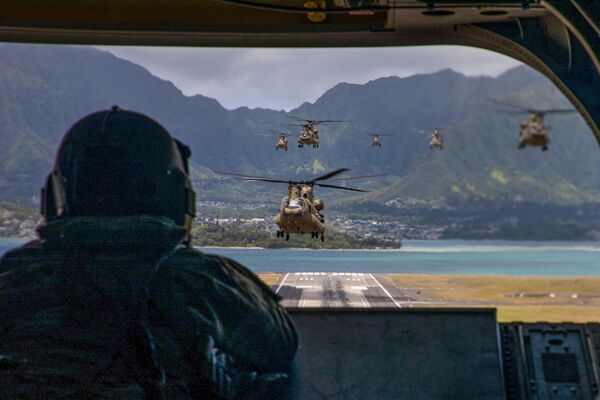 South Korea is seeking to acquire Boeing CH-47F Chinooks. The helicopters have improved capabilities compared with the CH-47Ds, which are in service with the South Korean Army. (US Army photo/Sgt Sarah D Sangster)

South Korea is proceeding with plans to replace its fleet of ageing Boeing CH-47D Chinooks serving with the Republic of Korea (RoK) Armed Forces with a newer variant of the aircraft.

In a statement to
Janes
, South Korea’s Defense Acquisition Program Administration (DAPA) said that the “CH-47F is being considered for purchase”. The acquisition will be made for Seoul’s Heavy Utility Helicopter-II (HUH-II) project.

Janes
has learnt that the Defense Project Promotion Committee (DPPC) finalised the KRW1.4 trillion (USD1.06 billion) project on 15 July to procure about 20 CH-47Fs for the South Korean army. DAPA did not clarify whether these were Block I or Block II aircraft. According to
Janes
data, the army operates 37 CH-47Ds. The first batch of aircraft was acquired in 1988.

According to DAPA, the new helicopters will be acquired between 2022 and 2028.

Firing a laser into the sky can redirect lightning’s path

IAI Signs Contract to Provide Special Mission Aircraft to a