Quantum Internet Is a Step Closer After Quantum Teleportation Breakthrough 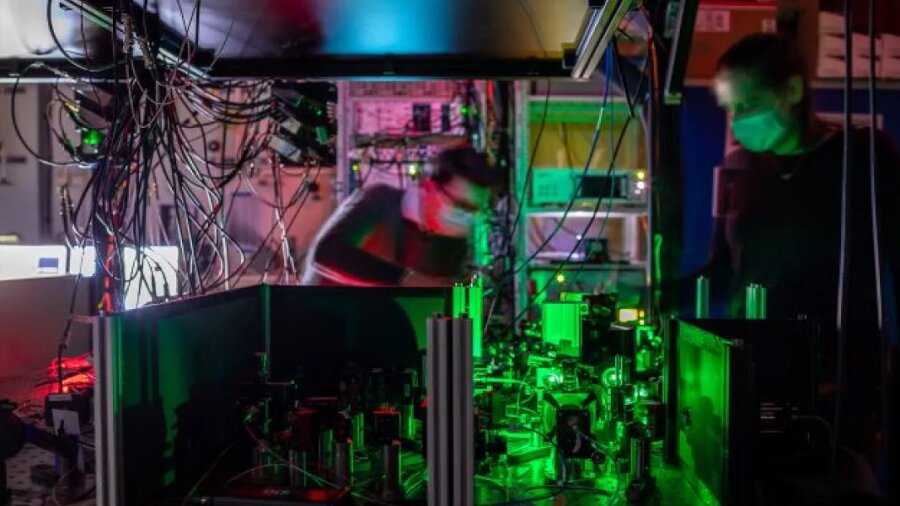 Quantum communication technology could one day enable an ultra-secure quantum internet, but so far creating the linkages in such a large network has proven challenging. A breakthrough in the ability to teleport quantum information could be a promising way forward.

The reason many are excited about future quantum communication networks is the fact that it’s essentially impossible to eavesdrop on messages that are encoded in quantum states. That’s because reading the quantum state of a particle unavoidably alters it, meaning it’s easy to detect if someone has been snooping on the communication link.

Actually transporting quantum states over significant distances is tricky, though. Researchers have had some success transmitting messages tied up in the quantum states of photons over several hundred miles of optical cables, and also using satellite quantum communication to establish links over even greater distances. But the inevitable signal losses over either mode of communication mean that scaling up to the distances required for a true internet will be tricky.

One workaround is to exploit another quantum phenomenon called teleportation. This works much like the sci-fi concept used in shows like Star Trek, allowing information to be instantaneously transmitted from one place to another, theoretically over unlimited distances. And now, researchers from the Netherlands have provided the first practical demonstration of how this could work.

The team set up three quantum “nodes” called Alice, Bob, and Charlie, which are able to store quantum information in qubits—the quantum equivalent of bits in a computer made from nitrogen vacancy centers. These are tiny defects in diamonds that can be used to trap electrons and alter their quantum state. They then connected Alice to Bob and Bob to Charlie using optical fibers.

The goal of the experiment, described in a paper in Nature, was to teleport quantum information between Alice and Charlie, which weren’t connected to each other directly. To do that, they first had to create a teleportation link between the two. This relies on the quantum phenomenon of entanglement, in which the states of quantum systems are inextricably linked so that measuring one of them automatically changes the state of the other, no matter how far apart they are.

The protocol starts by using a quantum operation to entangle the electron in Alice’s node with a photon. This is then fired down the optical fiber to Bob who entangles it with the electron in his node, which creates an entanglement between his and Alice’s qubit. Bob also needs to create a connection with Charlie though, so he then transfers the entangled state linking him to Alice into another qubit made from a carbon atom in his diamond. This basically acts as a quantum memory, storing the entangled state for later.

Now that the two unconnected nodes are linked, they need to use this shared entangled state to transfer information from one to the other. To do this, Charlie carries out an operation called a Bell State Measurement (BSM), which does a joint measurement of both a qubit holding the information they want to send and the qubit that is entangled with Alice’s qubit.

This causes the quantum state of the information qubit to instantaneously teleport to Alice’s qubit, but the process essentially encrypts it, so making sense of it requires an extra step. Charlie sends the result of the BSM to Alice over a conventional communication channel, which can be used to decrypt the message and reveal the quantum state.

While these experiments were conducted on nodes that were only about 60 feet apart, in principle teleportation should be possible over any distance, which could side-step the issues of transmitting quantum information over optical channels. However, getting even this setup to work required significant upgrades over previous systems to boost the reliability of the optical communication and the fidelity of the memory qubit.

In an accompanying perspective in Nature, researchers point out that all of these elements will require considerable further development before a true quantum internet can be realized. Nonetheless, the work is a major milestone and helps clear a significant hurdle towards creating global-scale quantum networks.

Scientists made a Möbius strip out of a tiny carbon nanobelt