Air France has underlined its commitment to a first-class product offering by detailing its intention to debut a refreshed La Premiere cabin for the 2023/24 winter season.

The SkyTeam carrier says the new concept is in the design phase and will feature on a larger number of aircraft than the cabin does presently. The existing La Premiere suites, which were introduced in 2014, today feature on Boeing 777-300ERs serving key destinations in Africa, the Middle East as well as North and South America. 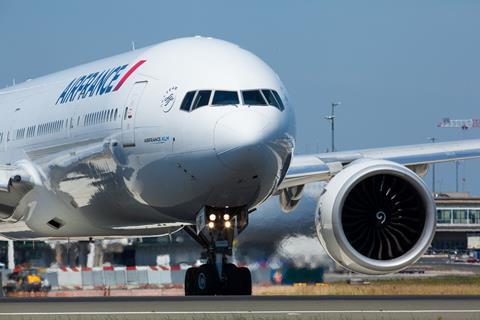 Air France-KLM chief executive Ben Smith says: ”Even at the height of the Covid crisis, we could see the attractiveness of such an offer for our customers, particularly on the North Atlantic route, where load factors in the La Premiere cabin are currently higher than they were back in 2019.

”We look forward to unveiling this new cabin, which is set to meet the highest global standards.”

The French carrier says:the future cabin ”will be the longest on the market and offer up to three modular configurations that can be fully privatised for an even more exceptional journey: a seat, a sofa and a fully flat bed.”

Air France says the project is part of its strategy to move upmarket, which will also cover fleet renewal, lounge renovation and a more sustainable catering offer in the airline’s business- and first-class cabins.

The airline detailed its more sustainable catering offering earlier in May after unveiling a new business-class seat to be deployed across a dozen of its Boeing 777-300ERs from this September. Each aircraft will feature 48 business-class seats, together with 48 in premium economy and 273 in economy.

Planets: One in every 50 worlds may have been stolen from other stars

US Navy works with industry to explore alternative fuel sources